You Can't "Learn" Your Writing Process from Others... But They Can Help

Like many people closing in on age 50, I look back over my life and wonder how things might have been different if I'd followed my passions and interests more than I did.  I'd wanted to be a professional writer back in high school.  I'd read incredible books by authors like Harlan Ellison, Thomas J. Ryan, Warren Norwood, Isaac Asimov, Alfred Bester, Alan Dean Foster, Dean Wesley Smith, and others.  I wanted to write something just as good.  Instead, I listened to teachers, parents, family members, friends, and others who pushed me in the direction of something I'd always seen as a hobby - computers.  That's served me well financially, and challenged me for most of my life, enough so that I very rarely missed the need to create and write.  Lately, the number of true challenges at work has declined, and many of the remaining challenges hold no excitement for me - or are "more of the same" with a different name or flavor.  As a result, I've focused more and more on writing.

It's teaching me a lot about myself.  I'm realizing that while I have always been able to learn computer engineering skills by reading about them, tinkering around a bit, finding examples on the Internet, etc., writing is different.  It's something you can only learn by doing.  You can read how a great writer like Asimov, King, Ellison, or Bester worked, but you can't do things exactly the same way they did.  You're not them.

Take the "plotter vs. pantser" question.  Some writers discover a story as they write it.  Others need to plot it out to some level of detail before they write a single word.  The rest fall somewhere in the middle.  The odds are good that if you studied ten different successful writers, you'd find ten different ways of writing a novel.  If you tried to painstakingly replicate any one of their methods, you would probably find that it doesn't quite work for you.

This is what I've been struggling with for a few years now.  I tried to write my first two novels with only a vague idea in mind, and failed miserably.  The first had severe timeline issues, with events happening out of sequence, characters who needed to be in one place being in another, etc.  It was a disaster.  The second had no timeline issues, but also had no conflict and no real plot.  It was something like following a random stranger around with a camera and finding out his life was pretty bland.  For the third, I developed a detailed outline.  About half way through, I wandered off the outline and down a tangent that derailed the story (and took the excitement out of it, too).  When I got back to the outline, it was more like slogging through a boring business report than writing a story I was excited about.  The next three or four were somewhere in the middle.  The fastest I completed one was when I'd plotted it down to the scene level and had notes for each scene.  Despite that, it was still a bland, boring piece of work.  I think that's because I'd plotted the story to such a level of detail that by the time I got to writing it, I felt I'd already done it and was simply re-writing it.  That wasn't particularly fun.

Lately, I'm starting to believe that my own writing process is probably much closer to that of author Dean Wesley Smith than anyone else.  In one of Smith's books on writing, which I read recently, he explains his approach on writing.  I'm paraphrasing and simplifying it here, but it goes like this...

Smith begins, as we all do, with an idea, a scene, a character, or something that appeals to him.  Then he starts writing.  He has no idea where it will go.  This helps maintain his own interest in the story, because he's discovering it just like a reader would.  He trusts his subconscious to help him tell the story, but occasionally finds that the story has gone down a tangent that grinds it to a halt.  When this happens, he scrolls backward through it until he finds the place where it started to go wrong.  Then he begins writing again from there.  It's not true "pantsing" in the sense that he does back up, throw out material, and move forward.  It's not "plotting" because he's discovering the story as he writes it, but he is working on and refining the plot as he goes.  It's somewhere in the middle.

Two weeks ago, I began writing a science-fiction story following my interpretation of Smith's method.  It's one of two stories I've started in the last couple of years that excited me as I wrote it.  The other was one that I wrote the same way, without really realizing it at the time.  I think I'm on to something.

I also know that my inexperience means that I can't (yet?) use Smith's approach as-is.  While I'm getting better at things like including sensory detail, sharing character emotions, describing settings, eliminating "white room" situations, and the like, I am a very long way from having beaten those problems.  So I suspect that, for a while, my approach is going to mirror Smith's as I create the initial draft of the story.  Once it's created, I will need to go back and fix those problems before I can consider a story truly finished.

If you are struggling getting the words out, I recommend experimenting with different levels of plotting and pantsing.  Look at how your favorite authors work, and try out their processes yourself.  If you find that you're writing better, writing more, or enjoying it more, keep using that approach.  If you find that it's drudgery or takes the fun out of writing, try something else.  Find what works for you, even if it doesn't work for others. 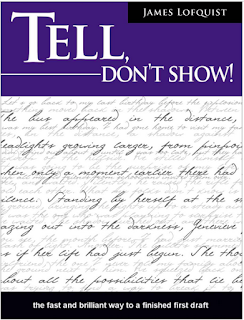