The Character Prompts Android app by Writing.com (21x20 Media) is designed to give you a randomly-generated character suitable for use in a short story or novel.  The tool generates a new character by choosing randomly from the following characteristics:


When the app is first launched, it displays a splash screen like the following: 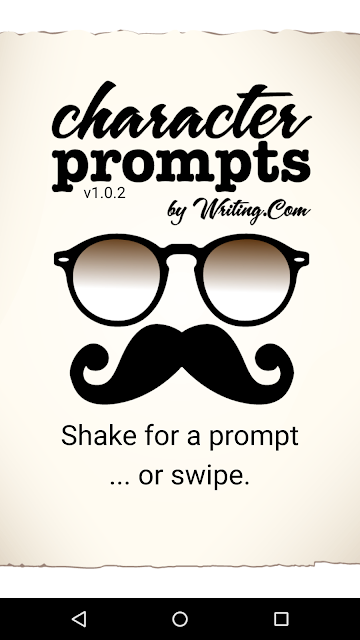 As indicated on the screen, you can shake your phone or tablet to generate a character, or you can swipe a finger across the screen.  When you do, you'll see the basic characteristics of your randomly-created character: 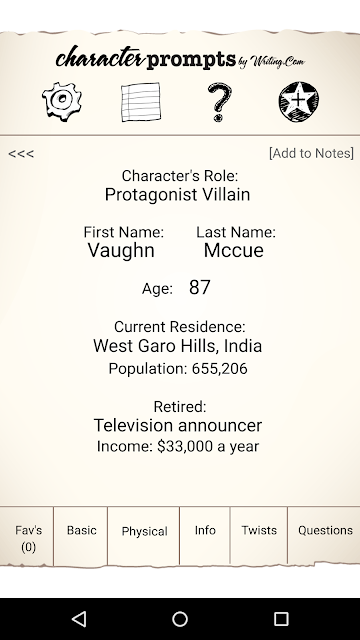 Tapping the "Physical" button will give you physical information about the character: 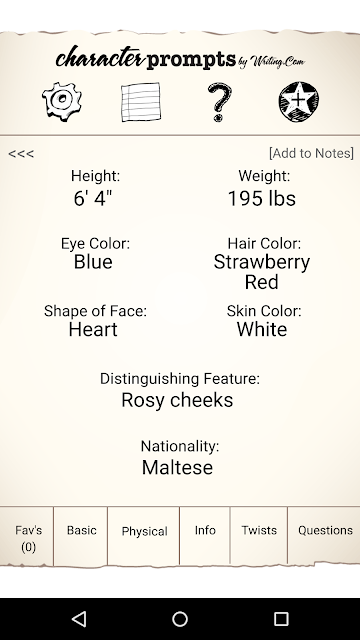 Tapping the "Info" button gives more details about the character: 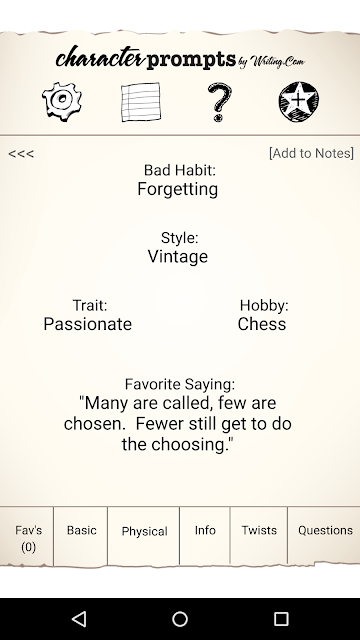 This gives us the character's bad habit, hobby, favorite saying, and two less-well-explained characteristics called "Style" and "Trait."  I suspect that the Style trait refers to clothing style, since these are some of the random values I saw in a few runs:  Vintage, 80s, School Girl, and Masculine.  Traits include things like Worldly, Passionate, Chaste, Cowardly, and Noble.

The "Twists" button gives us a unique personality twist or characteristic of this character: 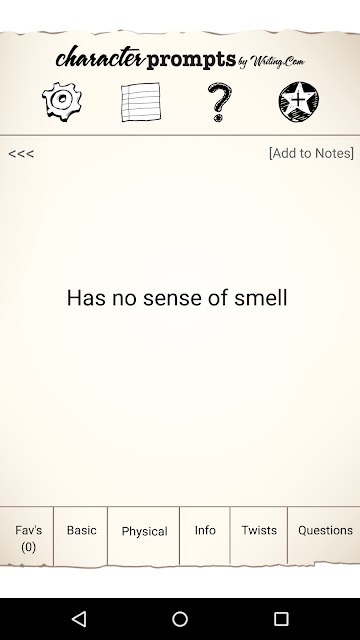 Other twists I saw in a few trial runs of the app included:


Finally, the last button ("Questions") gives you a question to answer about the character: 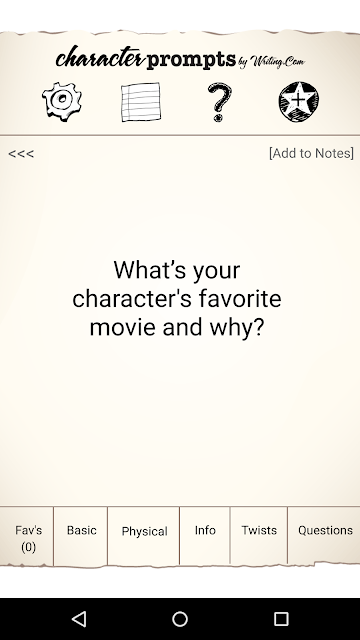 Presumably, you could use these questions (which will change if you swipe the screen over them) to get to know your character a little better.  A few of the questions asked by the program were:
On any of the pages of character information, swiping your finger across it will generate an entirely new page of character traits.  This can be a little annoying if, for instance, the tool has generated a character who lives in India but has an African sounding name, and you'd like it to give you a more Indian-sounding name for them.  Swipe across the Basic information page and it will generate a new role, name, age, residence, etc.  It would be much better if you could tap on just the element you'd like to re-do and have only that element change.

When you've generated a character you like or want to keep, you can tap the button in the upper-right which looks like a black circle with a white star inside and a plus sign written on it.  When you do this, that character's information is saved in the "Fav's" list that you can access in the button on the lower left corner of the window.

You'll notice three other buttons at the top of the window.  The first would appear to be a settings button that looks like a gear.  When I tap this on my Nexus 6, I get a black screen like this: 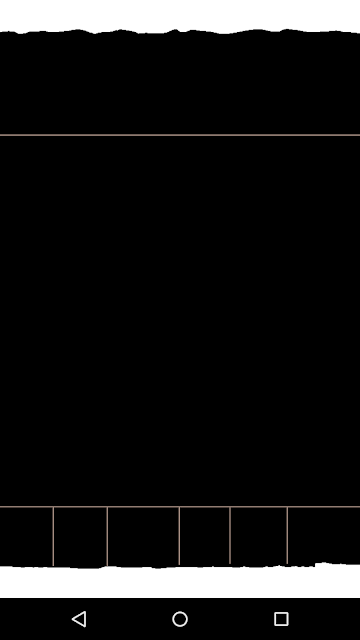 If you tap the button that looks like a piece of loose leaf notebook paper, you'll get a text window that you can use to edit saved information, such as the question I saved earlier: 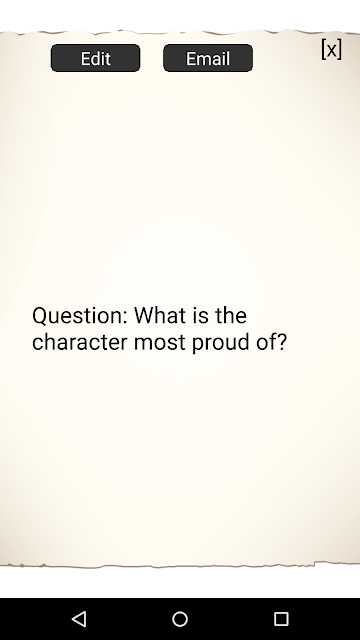 Here you could write the answer to the question for your character and email it to yourself for use in another document or application.

Tapping the "?" button (presumably help) on my phone generated another black screen: 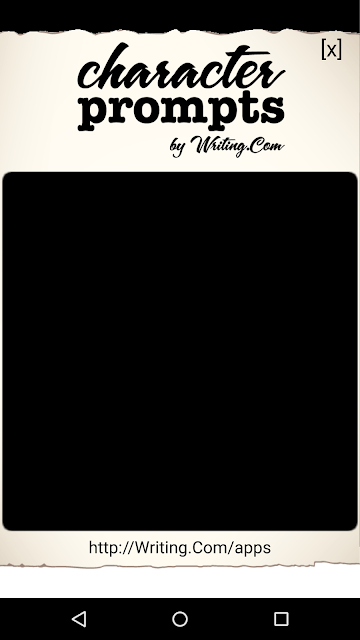 I assume that on some phones this might provide information about the software or suggestions on how to get the most out of it.  The big black block, though, isn't so much helpful as it is confusing.

This is a $2.99 application (at the time of this writing), so you'll have to decide if it's worth the money to you.  Having played around with it for a little while, though, it doesn't do anything for me.  I can imagine it being useful in generating characters for a writing practice, but it's a bit too random at that to suit me.  It gave me a 65-year-old character who makes $370,000 a year collecting recyclables, is 4'11" tall, weighs 243 pounds, and who dresses like a school girl.  I can see a character like this fitting into a comedy or crazy flash-fiction story, but have a hard time seeing him fitting into many serious stories.